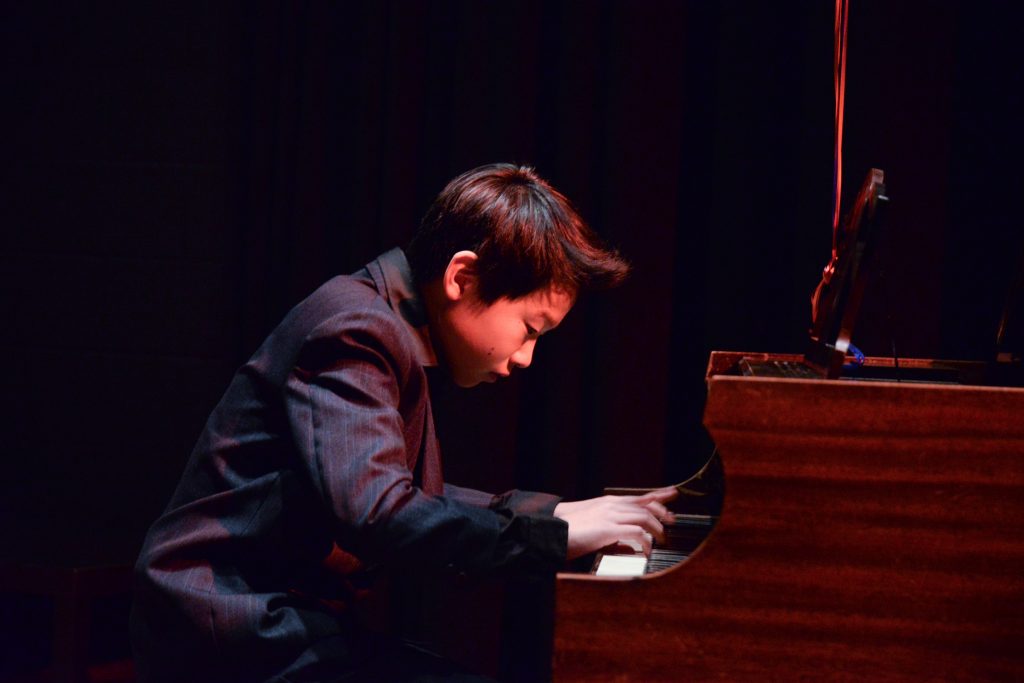 Daniel Liu, age 14, was born in Columbia, Missouri and has been studying piano since 2009. As an Ambassador of Mundi Project, Daniel has performed piano solo and concerto pieces numerous times throughout the community for places such as the Salt Lake City Library, KSL News, Neighborhood House, and the Utah Cultural Celebration Center. He is also a volunteer and Junior Teaching Assistant for the Salty Cricket Grace Notes program, as well as a pianist for the Children Sunday School at Salt Lake City Chinese Christian Church.